What has coffee inspired you to do lately? 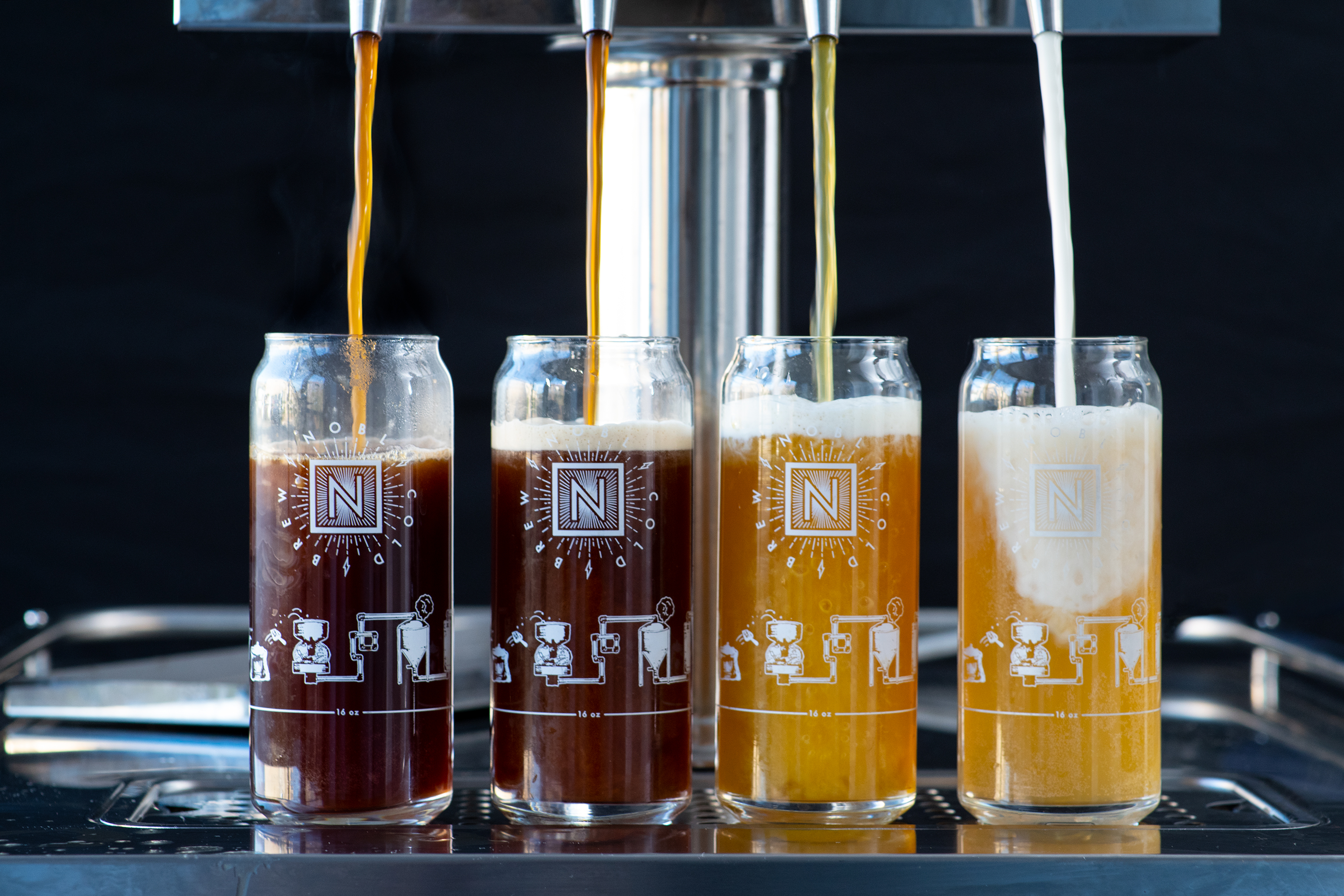 For Connor Roelke ‘15, his love of coffee inspired more than your average morning pick-me-up. @NOBLbeverages was born at the 2015 Holloway Competition, when he took a passion for home brewing beer, and put it toward a different brew: cold brew coffee.

Connor cringes when he recollects when his idea made it to the semifinal round and the judges asked for samples. At that point, he had none to offer. He made it to the finals anyway, and three straight weeks of testing and perfecting ensued.

“We ran batches and batches, just nailing variables — water temperature, water profile, roast profile. It was a huge science experiment going on in my kitchen all the time,” Connor says. “I was actually really happy with the final product for the Holloway.”

So were the judges. He placed third, and that summer, after graduating from UNH, he left his full-time job to devote himself to building NOBL. Today, dozens of cafes, restaurants and workplaces serve NOBL on tap. And although NOBL has its roots in coffee, you can now find a huge range of innovative beverages produced with simple, clean ingredients available both in cans and on draft in over 700 accounts across New England. In 2019, they introduced four new cold brew tea flavors, four latte blends, and a seasonal limited release line. NOBL also began the move to a new facility in Seabrook, NH with a brewing capacity of 9,000 gallons a day and grew to 28 employees.

“When I initially entered this idea of a coffee production and distribution company to Holloway, I wasn’t really expecting to do anything with it. But the feedback was so good that I decided, you know what. Let’s at least try,” Connor says. “I think being an entrepreneur is having that crazy drive to do something, and then from there it’s just... falling off a cliff and hopefully sticking the landing.”

NOBL has definitely stuck theirs.