Solving real-world problems with a Master’s in Economics 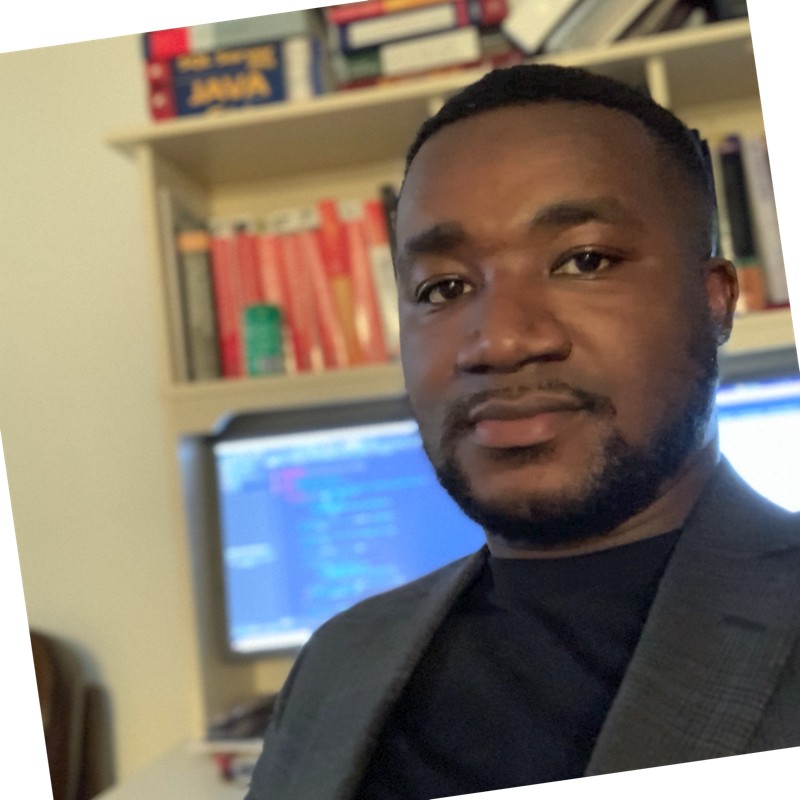 Reuben Brefo Marfo ‘18G, of Newington, Conn., works as an assistant vice president and quantitative analyst at Webster Bank. There, he tests statistical, financial, and machine learning models and validates some of them using computer programming tools such as SAS, R, and Python. One of the largest problems he solves for the bank is in the area of model governance and validation.

Brefo Marfo is originally from Ghana, a country on the western coast of Africa, where he completed his undergraduate degree in mathematics. He later earned an MBA in the United Kingdom before traveling to Germany to earn an MSc in Economics. Finally, his desire to obtain a degree that would help him solve everyday problems brought him to the Peter T. Paul College of Business and Economics, where he earned a Master of Arts in Economics in 2018.

“At Paul College, I noticed it was more practical and focused on solving real-world problems as opposed to the previous programs I had enrolled in, which were very theoretical,” Brefo Marfo said.

Most interested in courses focused on econometrics, or the use of mathematical methods (especially statistics) in describing economic systems, Brefo Marfo completed a capstone project as part of the industry track that looked at what drives exchange rate movements in Ghana.

“In international macroeconomic theory, the weak short-run relationship between exchange rates and macroeconomic fundamentals is known as the Exchange Rate Disconnect Puzzle. I investigated this puzzle using data from Ghana and the United States,” he said.

This year Paul College launched a newly revamped MA in Analytical Economics program that further emphasizes advanced economic theory, econometric and data analysis, and also trains students on how to code in R and SAS--all in one year. It offers two tracks: an industry track that asks students to apply economic reasoning, statistics and analytics to business problems, and an academic track focused on economic theory and research skills.

Brefo Marfo said a strength of the Paul program was that he could explore subjects outside of the economics department, including investment analysis and mathematics for financial derivatives. He credits Professors Karen Conway and Michael Goldberg for supporting his studies in econometrics and international macroeconomics, respectively.

“They were willing to go the extra mile to explain difficult things in a simple manner and they were ready to share their knowledge,” he said.

Brefo Marfo lived on the Durham campus as a full-time student. He said the beauty of the campus and its proximity to Boston were both important factors in his decision to pursue a degree at Paul College.

“I found Durham suitable for academic work, while at the same time, I could enjoy cosmopolitan life in Boston,” he said.

Because the MA in Analytical Economics is STEM-certified, international students can work in the United States for a period of time after graduation. (Brefo Marfo is now a permanent resident of the United States, where he plans to grow his career.)

Big data’s role in quantitative finance continues to interest Brefo Marfo, who is currently pursuing additional master’s degrees in these disciplines at other schools. He wants to keep learning in order to stay up to date on the latest technologies, and he encourages students to develop solid programming skills as they work their way through their financial degree programs.

“Not only am I able to analyze econometric data now, but I can analyze other forms of data used in machine learning and in the artificial intelligence (AI) space,” he said. “In the next couple of years, I hope to stay current on the advances in fintech and machine learning and be able to develop models and real solutions for my company.”

As big data evolves, students at Paul College are at a distinct advantage, thanks to courses that emphasize both artificial intelligence and machine learning, Brefo Marfo said.

“The fact that I was able to get a deep understanding of economics while at the same time developing strong skills in AI is rare – but that was all part of the economics program at Paul College,” he said.