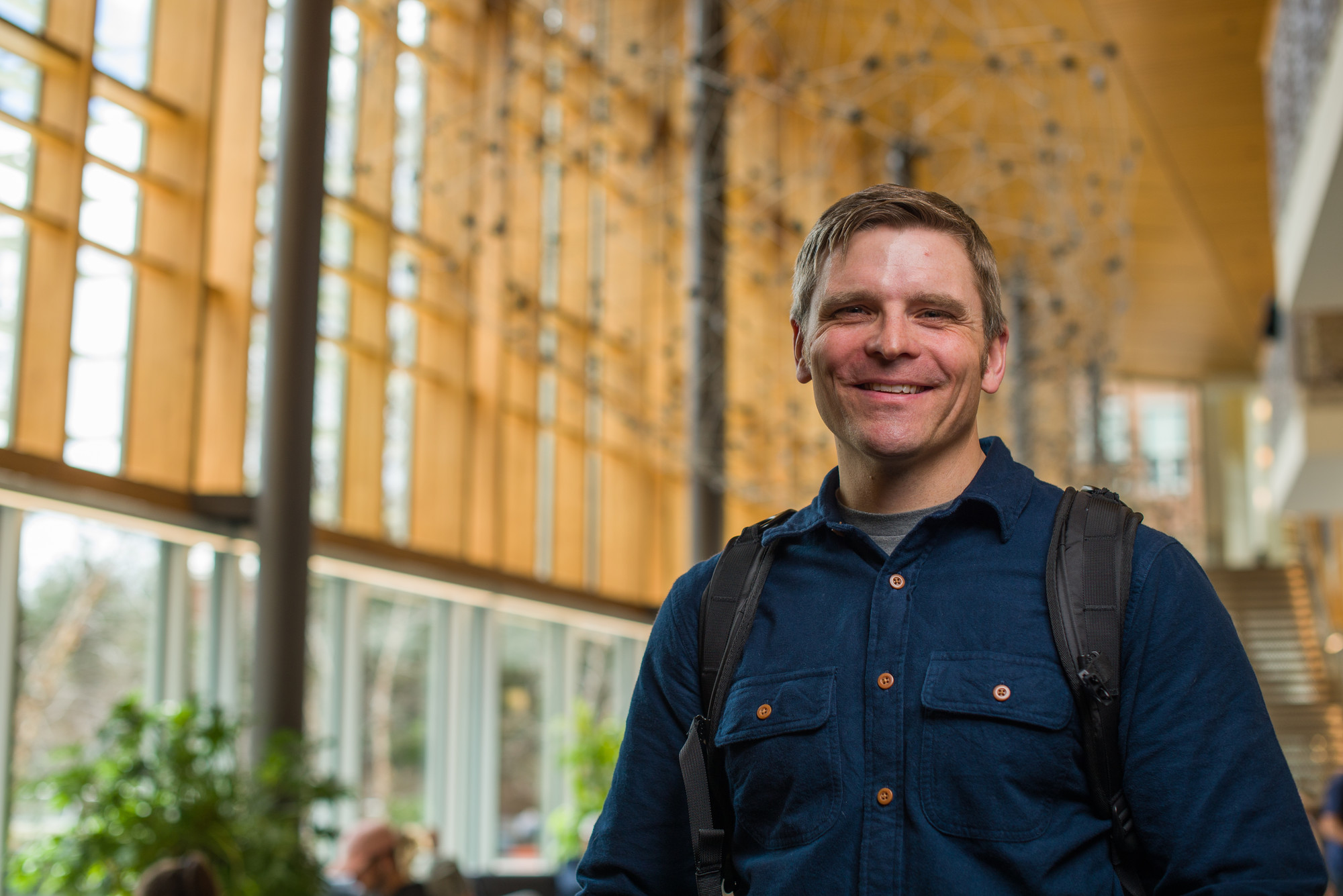 Why choose an MBA degree at UNH’s Paul College?

Micah Rue, ‘16G, a major in the U.S. Army, knew that earning an MBA could help him excel in his military career and also later in civilian life. When he was looking at schools there were several deciding factors to consider. The university had to be located in a place he and his family wanted to live, it had to have an accelerated program so he could earn his degree in a year or less, and it had to have a national reputation.

“UNH was the exact place my family and I needed to be,” said Rue, who is married and has four children. “I spent two years at the Natick Soldier Systems Center in Natick, Mass., and we fell in love with New England. Paul College offered the best program at a cost the Army would afford.”

What is the benefit to military veterans of having an MBA degree?

Before coming to UNH Rue had been serving in the U.S. Army since 2004. He graduated from Kansas State University with a degree in business administration, and was married and commissioned the same week. He was deployed to Iraq as a tank platoon leader and to Afghanistan as a division personnel officer before moving into project management and acquisitions. Rue said he wanted a to earn a civilian graduate degree, “to experience something other than the Department of Defense,”

“To grow in my military career, I felt I needed to strengthen my knowledge in the areas that an MBA focuses on – the softer skills of leadership that are not afforded by military rank, as well as the more technical skills you learn in classes focused on topics like information technology and decision sciences.”

Rue said the faculty in Paul College’s MBA program challenged him to think outside his comfort zone and how to analyze and approach hard problems. One of the skills he was taught that he finds most significant? How to measure the value of a project when factors are largely subjective.

Now an acquisitions officer in the U.S. Army Special Operations Command, Rue said he is responsible for anything that “shoots, moves or communicates.” What he learned in the MBA classroom can be directly applied to the complex projects he manages.

Rue rattled off the names of several faculty members who left a lasting impact on him: Dan Silverman, Kevin McLaughlin, Carol Barnett, Peter Lane, Russ Miles, May Bao, and Vanessa Druskat. He said through “teaching and coaching, they drew out what I needed to be a leader.”

What makes UNH’s Paul College stand out against other schools?

“You are not just a number. The small cohort makes you feel like you are part of a family,” he said. “The staff have a personal interest in your success. No matter what job you have, the faculty bring that real-world experience into the classroom so you can apply it. “

For students considering an MBA and those currently in the program, Rue gave this advice:

Be intentional. Put time and effort into it. Engage with your peers and with the faculty, because relationships are crucial,” he said. “Getting involved with your classmates will help you make it through.