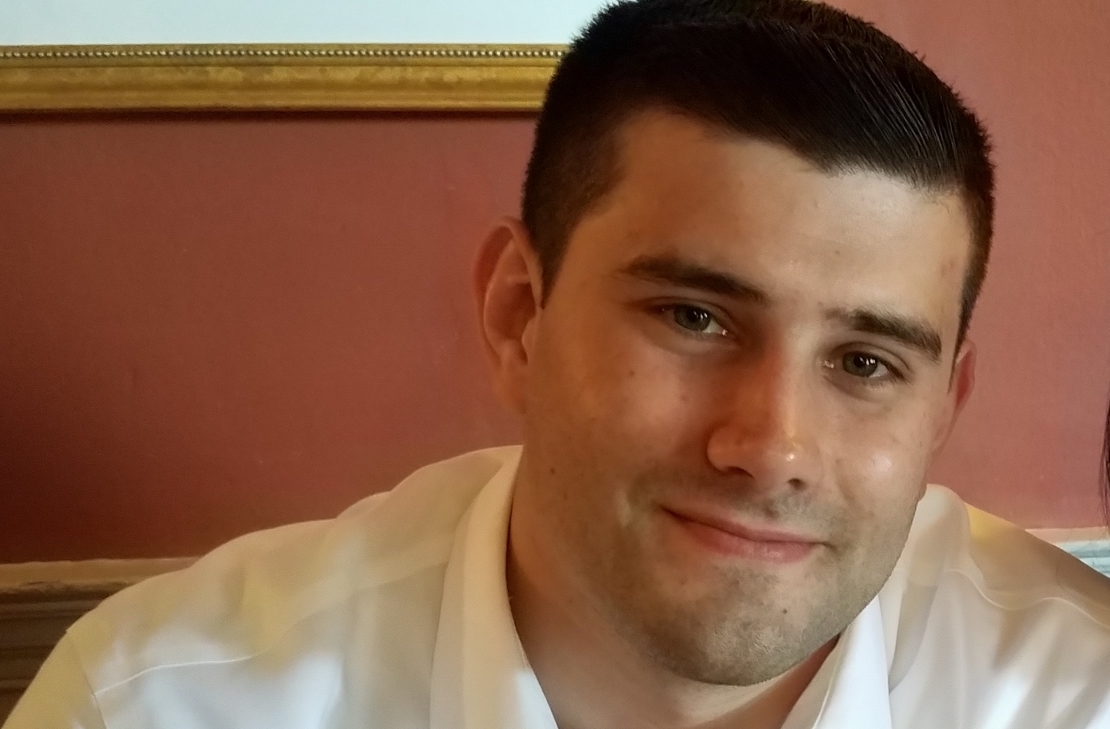 When Ian Wilson ‘20G decided to apply to MBA programs, he carefully weighed his options before pursuing a part-time MBA at the University of New Hampshire’s Manchester campus. The Hudson, N.H., resident researched graduate programs in Greater Boston and New Hampshire, ultimately choosing the Paul College part-time MBA because, in addition to being conveniently located, it offered much more.

“There were several schools I was looking at. I was trying to strike a balance between the types of programs offered and what I was looking for—a growth and innovation option. The AACSB accreditation that Paul College has was also appealing. Not to mention, my dad went to UNH,” Wilson said.

Wilson earned his bachelor’s degree in finance at UMass Lowell in 2012 and spent seven years working at Verizon while he completed his undergraduate classes. Soon after graduation, he began his career at Fidelity Investments, where today he oversees 21 of the organization’s customer service associates. He said he’s already been able to apply concepts he’s learned in his managing operations class to the improve the workflow of the call center.

“There are processes that go into everything. Our call quality and everything we bring to our clients has to have a similar process to it,” he said. “We need to maintain consistency and quality across multiple calls throughout the day—we don’t want the client to call in and have a different experience across multiple individuals.”

The data-driven decision-making skills Wilson said he’s learned in his classes have provided him with a good lens through which to apply to work challenges he faces today. But they’ve also opened his eyes up to other career possibilities he’d never thought about before—such as opportunities in management consulting.

“Immediately it’s opened up doors to different paths. While I plan on growing with Fidelity over the long-term, I’m learning about other careers that are interesting,” he said.

Wilson isn’t necessarily pursuing his MBA solely to bolster his financial investments or operations knowledge; he is most interested in the Growth and Innovation option the UNH part-time MBA program offers students. He is particularly focused on gaining a better understanding of how businesses can innovate and differentiate themselves from the competition.

“You know it when you see it – but could it be taught? Is it a way of thinking? I am an idea person – the type of person who might have 100 ideas and one might stick,” Wilson said. “In some of my classes, they’ve explained some of it.”

Part-time MBA students have the option of taking classes at the Manchester or Durham campus and online, and Wilson has enjoyed the flexibility of both on-site and distance options. A big reason Wilson chose the UNH MBA program was because he saw value in connecting with both professors and peers in person. He also desired a program that would challenge him both personally and academically.

“You really get to foster conversation and work with your peers in class and learn from them,” he said. “On the flip side, one of the hardest classes I’ve taken was my Data Driven Decision Making class; I liked it because it was challenging. That class made me work for that A—this MBA is not a cake walk—you’ve got to put in the time.”

In addition to working full-time, Wilson balances classwork with being a husband and father to children ages 18 and 17. It’s important to devote the time you need to the program, he said, stressing that while it may seem like a sacrifice in the short-term, it’s a great investment for anyone looking to invest in themselves. In between his undergraduate and graduate programs, Wilson said he’s always felt it was important to keep learning, whether through earning licenses or certifications like a CFP, CFA, or other industry credentials.

“Coming from an investing background, you can never go wrong investing in yourself. It gets you job and opens doors and connections that would have never been there,” he said. “I am also enjoying the networking opportunities the Part- Time MBA program puts on for us – they are really focused on that.”