Webinar: Accountable Business Leaders: On a Mission for Justice and Equity

A part of the Changemaker Speaker Series, this timely panel will explore how certified B Corps and other pioneering businesses are building an inclusive  economic system that addresses fundamental injustice and inequity.

This is an i2passport event.

Learn more about our guest speakers: 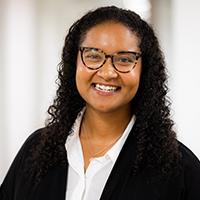 Anthea Kelsick is the Co-CEO at B Lab U.S. & Canada, the regional partner of the Global B Lab network responsible for stewarding over 3300 companies around the world who meet the rigorous standards of the B Corp certification. She is a champion of business as a force for good, connecting businesses of all sizes to the tools and resources they need to operate in the interest of all of their stakeholders, and not just shareholders. She joined B Lab in 2018 as Global Chief Marketing Officer and led the organization's first campaign garnering international attention that called for the Business Roundtable to go beyond rhetoric and take action against their Purpose of the Corporation statement of serving people alongside profits. Prior to B Lab, Anthea spent a 18 year career in both management consulting and heads of strategy roles in Marketing & Advertising leading engagements for some of the world's largest companies. She is a proud alumna of Stanford University with an MBA from Wharton. And she currently resides just outside of NYC with her husband and two children. 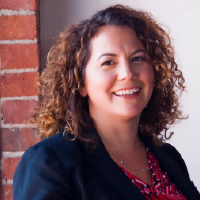 Guided by the belief that “The Right Person in the Right Place Can Change the World,” Katie founded Koya Leadership Partners in 2004 to recruit exceptionally talented leaders to mission-driven organizations. Koya has been recognized by Forbes as one of America’s Best Executive Recruiting Firms for three consecutive years and by Hunt Scanlon Media as one of the top 50 fastest growing executive search firms. In 2019, Koya joined forces with Diversified Search. Both firms have been founded and led by women and have long track records of building diversity and equity internally and through their placements. Katie continues to serve as Koya’s Founder & CEO and has also assumed the role of President of Diversified Search.

With over 20 years of experience in executive search and organizational development, Katie has built senior leadership teams at leading national and international organizations and partners closely with founders, boards, and donors to deepen the impact of today’s most pioneering mission-driven organizations. In addition to executive search, Katie’s areas of focus include leadership development, recruitment and retention best practices, company culture, purpose driven organizations, and diversity initiatives. Katie’s thought leadership has been widely quoted and published in leading publications such as Harvard Business Review, BoardMember.com, and Nonprofit Hub. She was featured by the Boston Business Journal as an Emerging Leader for her success as founder and CEO of Koya and was named a Boston Brava Award Winner by SmartCEO, which recognizes high-impact women business leaders. In 2018, Katie was
named to the Alumni Entrepreneur Hall of Fame at the University of New Hampshire and was a finalist for EY’s prestigious Entrepreneur of the Year® New England program. During the Obama administration, Katie was invited to the White House to attend the United States of Women Summit focused on key gender equality issues.

Katie began her career in the public sector as a human resources generalist at the Institute for Teaching and Research on Women and the Women’s Law Center of Maryland. She then moved to the private sector, working as a human resources manager at Edelman Public Relations and ChildrenFirst.

With a strong commitment to civic and women’s leadership, Katie serves on numerous boards. She is Chair of the Board of IGNITE, the bipartisan initiative committed to building the next generation of female political leaders. Katie also sits on the boards of The Home for Little Wanderers and her alma mater, the College of Liberal Arts at the University of New Hampshire, and serves as a corporator of the Newburyport Bank. Katie is a Fellow at Pipeline Angels, a network of new and seasoned women investors that is changing the face of angel investing and creating capital for women social entrepreneurs. She is also a member of the Massachusetts Women’s Forum, a community of top women leaders from all sectors of society.

Katie holds an MS in Human Resource Development from Towson University and earned her BA in English, Journalism, and Women’s Studies from the University of New Hampshire. 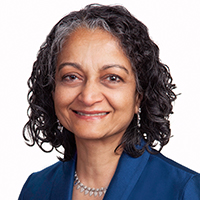 Geeta Aiyer combines over 30 years of experience in finance, with passion for environmental and social justice. Under her leadership, Boston Common has built a strong investment record, and meaningfully improved the policies and practices of portfolio companies through impactful, proactive Shareowner Engagement. The firm is a “Best for the World” honoree within the global B Corp community.

In 2016, Geeta was honored by Investment News, as an Innovator whose new ideas and tools have propelled the industry forward. The 2017 UN Global Compact Report on Business Impact on the Sustainable Development Goals (SDGs) featured Geeta as a leader in the financial sector. Geeta is the recipient of the Joan Bavaria Award at the CERES conference in 2015 for Building Sustainability into the Capital Markets and the SRI Service Award (2013), recognizing leadership and innovation in SRI (Sustainable, Responsible, Impact) investing.

Before Boston Common, Geeta was President of Walden Asset Management, and has worked at US Trust Company (Boston) and Cambridge Associates. She received her MBA from Harvard Business School; BA (Hons) and MA degrees from the University of Delhi, India. She is a Chartered Financial Analyst.

Geeta serves on the Board and Investment Committee of NRDC. She is also on the board of the Better Future Project in Massachusetts. She is co-founder and board chair of DAWN Worldwide, an NGO addressing gender-based violence. Geeta has previously served on the boards of the Sierra Club Foundation, and YW Boston. From 2015-2017, she served on the Board of UN PRI. 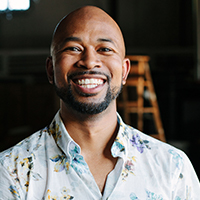 Pernell Cezar is the CEO and Co-Founder of BLK & Bold, the first-ever black-owned nationally distributed coffee that makes social impact a priority. Pernell is an accomplished sales executive, successful entrepreneur and leader with more than 10 years of leadership success, significantly in retail.

His diverse portfolio which spans from merchandising and negotiations at Target Corp, sales and business development at SheaMoisture, and more, highlights his ability to influence and build brands at scale whether start-ups or multi-national brands. As a longstanding sales executive and advisor to other emerging packaged goods brands, Pernell continues to change the way black-owned brands and consumer dollars are respected and supported by retailers.

The entrepreneur now has his sights set on his own company, BLK & Bold. BLK & Bold is founded in his core values: social impact, quality product and community. Pernell takes much of his inspiration from his own upbringing where philanthropy and community programming helped his widowed mother take care of Pernell and his sister.

Pernell earned his Bachelors in 2010 at University of Northern Iowa, with majors in Finance and Marketing. BLK & Bold recently achieved 2019 Des Moines NAACP Small Business of the Year.