An American entrepreneur, franchise industry pioneer, humanitarian, and the founder of Dunkin’ Donuts.

“A leader must possess credibility, imagination, enthusiasm, vision, foresight, a sense of timing, a passion for excellence and be willing to share." – Bill Rosenberg

An ambitious and tireless serial entrepreneur throughout young adulthood, Rosenberg established a series of small businesses in the coffee and food catering industries, and ultimately opened his first coffee and doughnut shop with his brother-in-law, Harry Winokur, as a partner in Quincy, Mass., in 1948 at the age of 32 called The Open Kettle. The name was changed to Dunkin’ Donuts in 1950.

After opening his sixth Dunkin’ Donuts opened in 1955, Rosenberg decided that the best way to grow the number of stores was through the selling of franchises, a relatively new business model. The first Dunkin’ Donuts franchise agreement was signed in 1955.

Rosenberg adopted the University of New Hampshire as a favorite beneficiary of his philanthropy. Through his passion, commitment, and generous support, the Rosenberg International Franchise Center was opened in 2002. The Rosenberg Family Foundation also endowed a professorship in his name at the Dana-Farber Cancer Institute and at Harvard Medical School in 1988. Rosenberg was one of the first to recognize the enormous impact the franchising business model would have on American consumers and industries, and is largely viewed as someone who revolutionized the franchising industry through his founding of the International Franchise Association (IFA).

In 2001, Rosenberg published his autobiography, Time to Make the Donuts: The Founder of Dunkin Donuts Shares an American Journey, written with the help of Jessica Brilliant Keener.

His business papers and personal effects were donated to the UNH Dimond Library by his wife, Ann Rosenberg, where they are archived as a special collection. The materials in this archive are available for use in research, teaching, and private study. Access the Rosenberg Archives, know as The William Rosenberg Papers (1910-2002).

William Rosenberg passed away at his home in Mashpee, Mass., on September 20, 2002.

He lived to see his 5,000th Dunkin' Donuts shop open in Bali, Indonesia two years earlier. At the time of his death, it was estimated that 97% of Americans recognized, on sight, the Dunkin’ Donuts logo.

He is remembered by family, friends, and business associates as a man with a strong belief in the power of PMA (Positive Mental Attitude) who displayed a passion for both enjoying life and working hard, a creative and innovative business leader with a self-effacing sense of humor, and a generous and dedicated benefactor to numerous organizations. 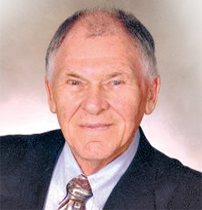 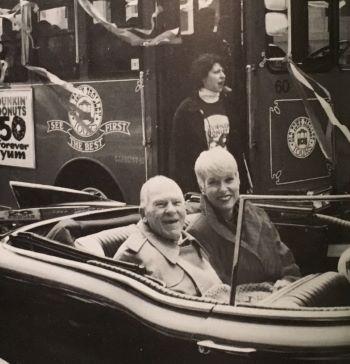 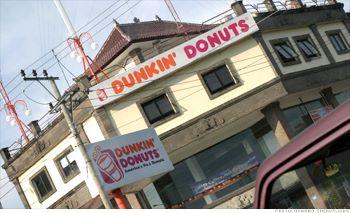 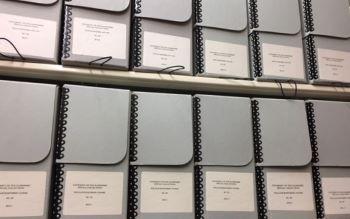 “There are two ways to get to the top of an oak tree. You can sit on an acorn and wait for it to grow, or you can climb the tree.” – Bill Rosenberg

Bill was raised in a family of modest means in Dorchester, Mass., during the Great Depression.

Not one to enjoy sitting in a classroom, but possessing a keen mind and a strong work ethic, he left school in the 8th grade at the age of 13 in 1929. This was not an uncommon practice for Depression-era children, who then worked to help support their family.

As a teen and young adult, Bill held various jobs around New England – everything from Western Union Telegram delivery boy to obtaining a wholesale delivery route with the Jack and Jill Ice Cream Company. It was during these years that he became enthralled with horses, passing several horse farms on his daily route. Due to his strong work ethic and success in bringing in new customers, he later obtained a management position with the company.

Around 1945, he founded Industrial Luncheon Services (ILS) in Quincy, Mass., a catering service run from converted telephone trucks that served coffee and snacks to Boston-area factory workers during their breaks – a prototype for today’s mobile catering vans and "street food" trucks.

Noting that coffee and donuts were his crucial profit-makers, Rosenberg insisted on using a higher grade of coffee bean than his competitors, even though this doubled the price of a cup to 10 cents. He also had his drivers offer customers real cream with their coffee at no extra charge, despite a prevailing belief among his competitors that such frills were unnecessary. ILS quickly grew into a multi-state fleet of 200 trucks that served major industrial companies, and the business expanded to include vending machines and in-plant cafeterias.

Rosenberg employed more than 200 drivers at ILS who fanned out to factories and construction sites across the Boston area each workday.

As the customers and fleet of trucks grew, Rosenberg realized that nearly 40% of his sales were derived from coffee and donuts. 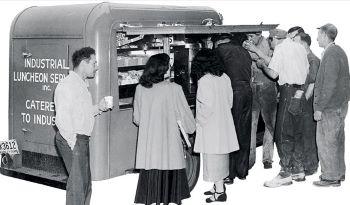 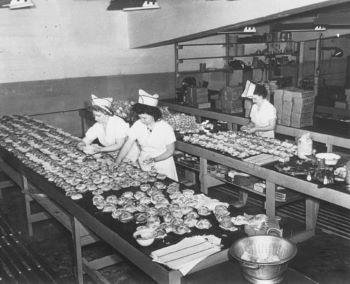 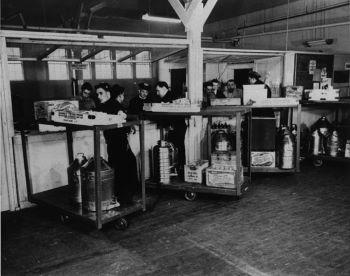 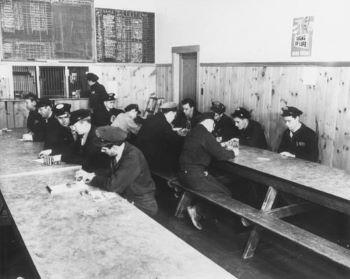 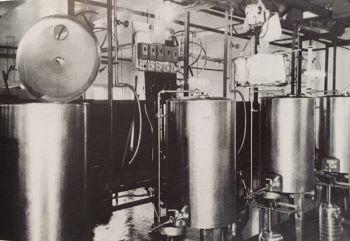 "I can't think of anything that fosters and nurtures innovation better than the overwhelmingly successful concept of franchising. Franchising supports the great American dream of allowing multitudes to own and succeed in their own businesses." – Bill Rosenberg

On Memorial Day weekend in 1948, building on the success of his Industrial Luncheon Service (ILS) catering truck business, Rosenberg partnered with his brother in law, Harry Winokur, to open his first coffee-and-donuts storefront restaurant, the Open Kettle, in suburban Quincy, Mass..

The store sold $1,200 of doughnuts in that first week at 5 cents each.

Back then, donuts were typically limited to four varieties, but the Open Kettle made 52 kinds, including Boston Cream-filled. Rosenberg’s coffee and donuts were known for being fresh. Bill had an unwavering rule: if a donut had not sold within five hours it had to be replaced.

In 1955, Bill and Harry started a second donut shop, Mister Donut, in Boston. After opening his sixth Dunkin' Donuts in 1955, Rosenberg felt that further expansion would be accomplished through the selling of franchises. Rosenberg steadfastly believed that the franchise system combined the advantages of modern corporate management and promotion techniques, coupled with the local know-how and personal incentives of small-business ownership. In 1950, sure that a better name could sell even more doughnuts and coffee, Rosenberg gathered his executives in a room, along with a tape recorder, for a brainstorming session. He credited his business architect, Bernard Healy, with coming up with the iconic "Dunkin' Donuts" name.

Since its founding, Dunkin’ Donuts has grown to become one of the largest coffee and baked goods chains in the world, with more than 12,000 restaurants in 36 countries. 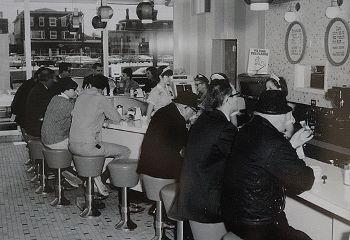 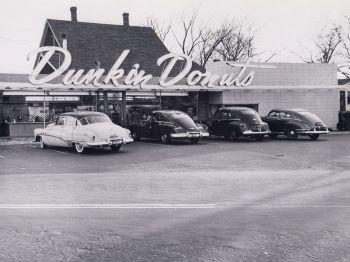 No matter how little you know, if you’re eager to learn, if you ask questions, and you go to the right people, you can do almost anything” – Bill Rosenberg

In 1950, Bill Rosenberg opened the first Dunkin’ Donuts restaurant in Quincy, Mass., with the goal to "make and serve the freshest, most delicious coffee and donuts quickly and courteously in modern, well-merchandised stores.”

He licensed the first of thousands of Dunkin' Donuts franchises in 1955.

Although Rosenberg transitioned the presidency of Dunkin' Donuts to his son Robert in 1963, he remained chairman of the board and a vital influence on the company.

Dunkin' Donuts went public in the late 1960s, and the first overseas shop opened in Japan in 1970. In 1988, Rosenberg retired from his position with Dunkin' Donuts, but continued as a consultant to the company.

Allied Domecq PLC bought Dunkin' Donuts in 1990, but sold it to Dunkin' Brands, Inc. in December 2005. Dunkin’ Donuts is now a subsidiary of Dunkin’ Brands. In 2011, the 10,000th Dunkin' Donuts restaurant in the world opened in Xi'An, China.

Rosenberg adopted the University of New Hampshire as a favorite beneficiary of his philanthropy, donating Wilrose Farms, his horse farm in East Kingston, N.H., to the school in 1980 with the expectation that UNH would eventually sell it.

The university sold the property in 1994 and established the William Rosenberg Chair in Franchising and Entrepreneurship. The Rosenberg International Franchise Center (RIFC) at the Whittemore School of Business and Economics (now the Peter T. Paul College of Business and Economics) at UNH was endowed with his bequest in 2002. Bill and his wife, Ann, also donated his papers and personal effects to the UNH Dimond Library.

Today, the center is recognized as one of the world’s leading teaching and research hubs for franchise finance and franchise internationalization.

The center draws international attention for its RCF 50 Index™, an index that tracks the financial performance of 50 public franchisors representative of the US franchise sector.

Ann Rosenberg continues to provide generous financial support to the center. She is also an active and engaged member of the center’s Advisory Board and enhances the center’s mission to explore and advance the understanding of franchising through education, research and outreach.

In 1968, having established success in the franchise industry in innumerable ways, Rosenberg pursued his interest in horses and the equine sport of harness racing by purchasing his first horse, Papa, for $15,000 and building the Wilrose Farms estate in East Kingston, N.H.

Wilrose Farms quickly became the premier stable in New England, and a highly successful Standardbred racing stable nationally. Bill's horses won many harness races on the Grand Circuit tracks across the United States and Canada, and his horse farm also became well known for breeding. At its peak, Wilrose Farms had 200 horses, including 30 racehorses.

In 1980, Bill Rosenberg donated his Wilrose Farms estate, valued at $2 million at that time, to the University of New Hampshire with the expectation that UNH would eventually sell the estate and use the proceeds to open a franchise research center. He continued to keep horses at a partner's stable in N.J.

In 1971, having been diagnosed with lung cancer, Rosenberg decided to step back somewhat from Dunkin' Donuts and devote the majority of his time to Wilrose Farms activities. By decade's end, he had become the largest standard-bred breeder in New England, and was inducted into the New England Hall of Fame of the Standardbred Industry.

Rosenberg continued to play a major role in horse racing in the US for several more years. In 1983, as the nation's 85 harness tracks faced declining attendance and virtual extinction, Rosenberg reacted by founding the International Horse Racing Association. He convinced 100 breeders and trainers to donate $1,000 each to start the marketing association with the goal of reviving interest in the sport.

Industry politics left him frustrated, and in 1985 he sold his last horse, Speedy Somolli, for $3.6 million.

Nonetheless, he left a lasting impression on the industry, and in 1988 was honored by Harness Horsemen International with it’s first-ever Achievement Award. His passion for harness horses, and his dedication to the industry, were greatly appreciated by harness racing professionals and enthusiasts.

In 2002, having sold Wilrose Farms a few years earlier, UNH opened the Rosenberg International Franchise Center and dedicated a chair in franchising and entrepreneurship in Rosenberg’s name.

After opening his sixth Dunkin' Donuts in 1955, Rosenberg decided that further expansion would be accomplished through the selling of franchises.

Though franchising was not a new business concept in the mid-1950s, it was a business concept fraught with a history of unethical practices and further challenged with lawsuits and countersuits over the rights of sellers and buyers.

Believing that the franchise system combined the advantages of modern corporate management and promotion techniques with the local know-how and personal incentives of small-business ownership, Rosenberg was determined to restore integrity to the franchise concept.

He gathered the support of like-minded entrepreneurs at the 1959 Start Your Own Business convention in Chicago by circulating a handwritten set of bylaws for a new trade organization he proposed, the International Franchise Association (IFA). He and Jack Alpert, a fellow convention attendee, put together the IFA's by-laws.

The IFA was officially launched in 1960. With the efforts of the IFA, franchising grew and flourished.

Today, the International Franchise Association is the world's oldest and largest organization representing franchising worldwide. The IFA works through its government relations and public policy, media relations and educational programs to protect, enhance and promote franchising.

IFA members include franchise companies in over 300 different business format categories, individual franchisees and companies that support the industry in marketing, law, technology, and business development. 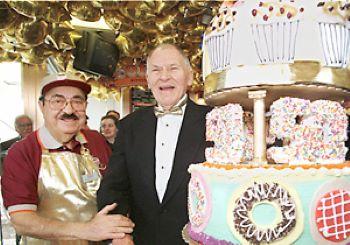 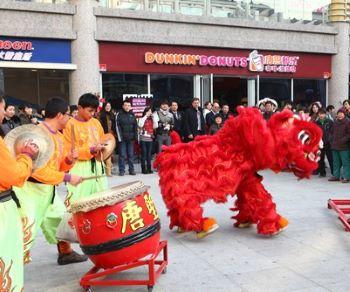 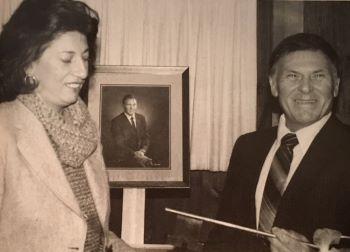 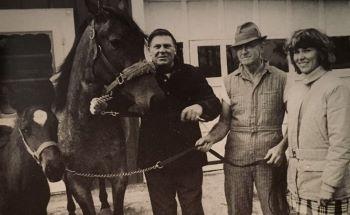 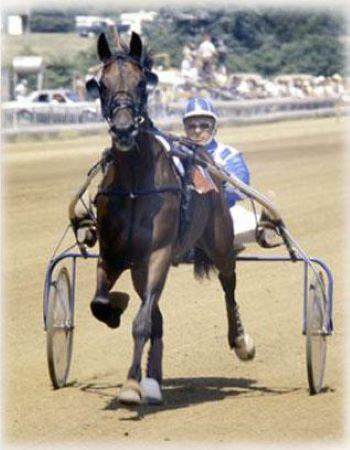 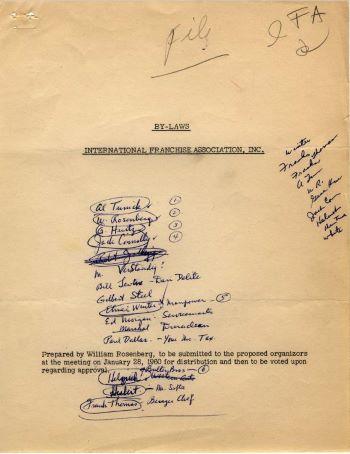 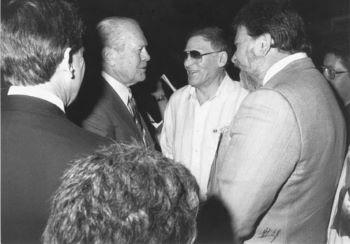 My successes came from hard work, borne out of determination and risk-taking, persistence, innovation, vision and passion." - Bill Rosenberg

Time To Make The Donuts: The Founder of Dunkin’ Donuts Shares an American Journey