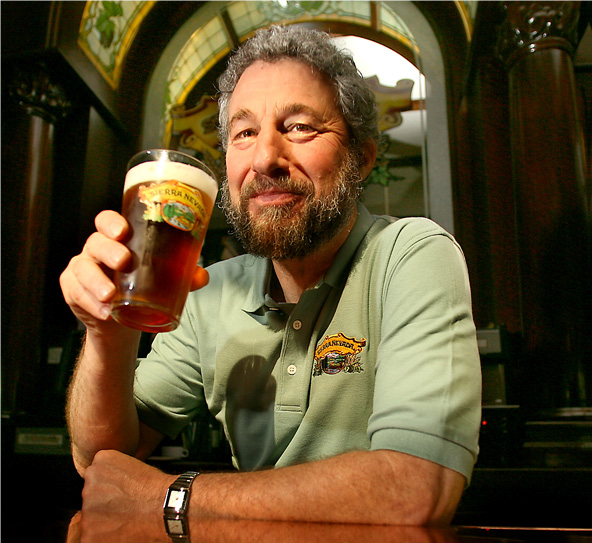 Given the COVID challenges of the unknown and our restrictions of UNH operations, we are going to roll out our program calendar in bite sizes pieces, allowing us to be both nimble and relevant. We stand ready to jump back into in-person programming as soon as it’s allowed and accepted.

Most programs are held at Huddleston Hall in Durham on the UNH Campus and consist of:

2020/2021 SPEAKERS
Thursday, September 17, 2020 - 9am-10am
Bill Quinlan - President, Eversource Transmission
Bill Quinlan is the President of Transmission for Eversource Energy. In this position, Bill leads
Eversource’sTransmission business in Connecticut, Massachusetts, and New Hampshire.
Bill served as President, Eversource New Hampshire Operations. He was responsible for
ensuring the safe and reliable delivery of electricity to Eversource’s New Hampshire customers.
Bill spearheaded the completion of industry restructuring, including the divestiture of the
company’s generating plants.
Bill previously served as Senior Vice President/Emergency Preparedness as well as
Vice President/Customer Solutions, overseeing key functions, including engineering,
Smart Grid, distributed generation, electric vehicles, energy efficiency, and economic development.
Bill has extensive operations, policy, legal, regulatory, technology, and business experience.
In 1993, he joined the company’s Legal Department and later became deputy general counsel
and chief regulatory counsel.
From 2003 to 2007, Bill served as President of NU Enterprises, Inc. (NUEI), the holding
company for NU’s competitive businesses.
Bill graduated from Villanova University with a Bachelor of Science in Mechanical Engineering,
a Master of Business Administration from the University of New Haven in 1989,
and a Juris Doctorate from the University of Connecticut School of Law in 1992.
Bill served as vice chairman of the electric industry’s National Response Executive Committee.
To register for the Zoom link contact Becki at
Virtual Meeting 9:00-10:00 am

Thursday, October 22, 2020  9am-10am
Neil Levesque, Executive Director, New Hampshire's Institute of Politics
New Hampshire's first-in-the-nation presidential primary status is much due to people like Neil Levesque, the executive director of the nationally known New Hampshire Institute of Politics at Saint Anselm College.
Since it's founding, the Institute has provided a nonpartisan forum for discussion and debate on all aspects of the American political process. Every four years, the Institute becomes a hub for political activity ahead of New Hampshire's presidential primary, serving as an epicenter in hosting presidential candidates on the campaign trail.
Levesque is a 30-year veteran to New Hampshire politics and has served as the Institute's executive director since 2009. Join us as we ask him what it takes to be in such a position and how he works to keep it fresh.

Wednesday, November 4, 2020 9:00-10:00am
Dick Anagnost, Founder and President of Anagnost  Companies
Dick Anagnost, the founder and President of Anagnost Companies, has over 30 years experience in real estate and land development within Northern New England and internationally. Through it all, he has been a true champion of our state’s largest city, Manchester, where he has spearheaded redevelopment and revitalization of key parts of the city. Learn how he’s worked with community and agency partners throughout his efforts, leading New Hampshire’s Business Review to name him in 2011 as “New Hampshire’s Best Commercial Real Estate Developer”, and how today it’s truly become a family business.

Thursday, March 11, 2021 9:00-10:00am
Tom Jokerst, General Manager of Anheuser-Busch Merrimack Brewery
Let’s Have a Beer! What’s brewing at the Anheuser-Busch Merrimack Brewery?
Meet Tom Jokerst, General Manager for a discussion on recent successes, current strategic initiatives, and challenges for the brewery.
Tom leads the one million square foot brewery which brews, packages, and ships over 15 different brands including Budweiser, Bud Light, Michelob Ultra, Bass Ale, Elysian variants, and many more. (The Merrimack Brewery ships approximately 90 trucks a day with the majority of them in the New England region). He graduated from Missouri University of Science and Technology with a degree in Civil Engineering. He started his career at Anheuser-Busch in 1999 in Missouri, and then went on to work for the company in Virginia and New Jersey before landing in New Hampshire. Tom’s favorite beer is, you guessed it, Budweiser!

Thursday, April 8, 2021 9:00-10:00am
Brendan P. Keegan, CEO of Merchants Fleet
Brendan Keegan is the CEO of Merchants Fleet, the fastest-growing fleet technology company in North America, where he previously served the company as a client, board member, compensation committee chair, and strategic advisor. He is an award-winning 6-time president and the chief executive officer having raised nearly $3.0B in capital and returned over $6.0B to investors. Brendan has experience in business transformation, capital raises, strategy development, revenue growth, operational scale, technology enablement, and enterprise value creation with successful liquidity exits.
With a background in the financial services, technology, and professional service industries, Brendan has aided companies ranging from 500 to 10,000 employees. Prior to these roles, he started his career at EDS as a systems engineer and progressed through the ranks rapidly to become the Fortune 100’s youngest Chief Sales Officer for EDS.
Brendan was recently named the world’s Most Innovative CEO by CEO World Awards®; Executive of the Year by Best in Biz Awards; and a Stevie Awards® winner by American Business Awards®. Brendan serves as a member of the board for Revolution Armor & ExpressIT Logistics and serves as Chair of the Compensation Committee for both companies. He received his Bachelor’s Degree from RPI, MBA from George Washington University, and Executive Certificates from Harvard, Columbia, UPenn, MIT & U Chicago.

Thursday, May 6, 2021  **special time** 10:00-11:00am
Ken Grossman, Founder of Sierra Nevada
Ken Grossman, the founder, and CEO of Sierra Nevada, a company that calls itself, 100% Family Owned, Operated & Argued Over....still Proudly Independent."
Ken Grossman started Sierra Nevada with a hand-built brewhouse and the odds stacked against him. In 1980, that patchwork of pipes, pumps, and tanks began making beers that forever changed the course of American craft brewing.

2019/2020 Speakers
Howard Brodsky Co-Founder, Chairman, and CEO - CCA Global Partners
Howard Brodsky is a world leader of co-operatives and a prolific American entrepreneur.  He is the Co-Founder, Chairman, and Chief Executive Officer of CCA Global Partners, one of the largest Cooperatives in the United States with sales of over 10 billion.
A pioneer of the cooperative business model, Brodsky dedicated his career to helping entrepreneurs build successful businesses by providing the scale and resources they needed to compete.  CCA Global Partners has more than 2800 retail locations, services 20,000 child care centers, 2,000 nonprofits, and services over 1,000,000 independent family businesses.

Tom Sullivan, Senior Vice President of Operations, Sturm, Ruger & Company
Tom Sullivan will join us to share the behind the scenes story of Ruger Firearms, a business founded by the Ruger family. As Senior Vice President, Tom is responsible for all of the manufacturing, engineering and product development activities of the Company.

Justine Vogel, CEO, The RiverWoods Group
A graduate of Rutgers University School of Business with a B.S. in Accounting, Justine began work at RiverWoods as part of the pre-opening team of RiverWoods Exeter in June 1994. Her tenure at RiverWoods began as the Director of Accounting, with growth into the role of CFO in 1997, COO in 2005, and President/CEO in 2007.

Jesse LaFlamme, Owner & CEO, Pete and Gerry's Organic Egg
In the late 90’s, Jesse Laflamme returned home from Bates College to his third-generation family farm that was on the verge of bankruptcy, pushed to the brink by industrial-scale egg producers who cornered the market and forced most small egg farms out of business.
Rather than go down without a fight, Jesse, together with his family, led the farm down a different path – one that led away from the factory-style farming that had nearly put them out of business. Instead of “going industrial,” Pete and Gerry’s pivoted to free-range, organic egg production, eventually becoming the first Certified Humane egg farm in the country and later, the first farm business in the U.S. to be certified as a B Corp.

Max Puyanic, Co-Founder & Co-CEO,  ConvenientMD
Max Puyanic is a serial entrepreneur and most recently the Co-Founder of ConvenientMD Urgent Care. ConvenientMD has changed up the healthcare market regionally by offering high-quality, convenient, and affordable medical care for illness and injury seven days a week, twelve hours a day. ConvenientMD first opened its doors in December 2012 in Windham NH and now operates 24 facilities in New Hampshire, Maine, and Massachusetts.